The 4 W’s of Ramadhan

It’s that time of the year again where you begin to hear a familiar whisper over the radio that goes “Yusuf Taiyoob …” repetitively, effectively becoming a trendy catchphrase among us Malaysians. With that in mind, the Ramadhan season is approaching and it is a time of the year where our fellow Muslim friends begin a month of fasting. Is Ramadhan just entirely a month of fasting and having “Yusuf Taiyoob” on loop? Not entirely!

WHAT is Ramadhan all about?

Ramadhan is the most sacred month of the year for the Muslims, where it is an important time for fellow worshipers to instill a strong spiritual discipline to be closer to Allah and cleanse themselves from their sins. Fasting fosters self-control, discipline and empathy for the less unfortunate by reminding them the experience of hunger and thirst. It is a time for one to reshape themselves into a better individual.

WHEN does the fast begin?

Ramadhan begins on the ninth month of the lunar calendar, at the first sighting of the moon. Hence, the date doesn’t stay fixed every year due to its dependence of the moon as the indicator. For one whole month, fellow Muslims will be fasting from dusk (when the sun rises) till dawn (when the sun sets). At the end of the day, everyone in the family gather around to buka puasa (breaking the fast) together.

There’s more to just not eating. WHY though?

The general idea of Ramadhan that is visibly seen during the entire holy month is our fellow Muslim brothers and sisters not eat, but the context of fasting here also implies that one who fasts is to abstain from induced vomiting, supplement injections, smoking as well as any form of sexual activity. The whole idea of fasting is to enforce self-control to the temptations of the world and foster compassion towards the less fortunate.

WHO participates in this yearly practice?

The Qu’ran states that it is an obligation for Muslims to fast as they reach the age of puberty with of course, a healthy state of mind and body. Young children are not obligated to fast, but may do so if they wish to. On the other hand, pregnant women or women who undergo menstruation cycles are exempted from the obligation to fast during the month.

At the end of the day, fellow brothers and sisters gather round to buka puasa with each other. Such act instills the sense of togetherness among each other and tighten the bond.

In conjunction to the concept of togetherness and humility, the team at Kiple would like to assist you in suggesting various dining hotspots for you and your beloved family to berbuka puasa together at reasonable prices while still being able to reap some benefits! The list as follows: 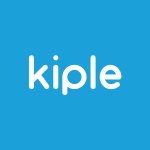